A friend approached me to see if I could create a signet ring for his sons when they turned 18 with a specific design on top that holds special meaning. We chatted about what type of techniques he was thinking of (wire working, bead weaving, etc.) and we settled on doing the lost wax casting process. I had never done this before so, with that in mind, my friend approved a few doodles and away I went.

The first thing I did was to look on the web to see what is already out there in wax carving advice and found two great sites at Ganoksin and some tips by Jason Bellchamber: http://www.ganoksin.com/borisat/nenam/ajm-wax-carving-basics.htm
and
http://www.bellchamber.net/Publication/Tips%20for%20Carving%20wax.htm 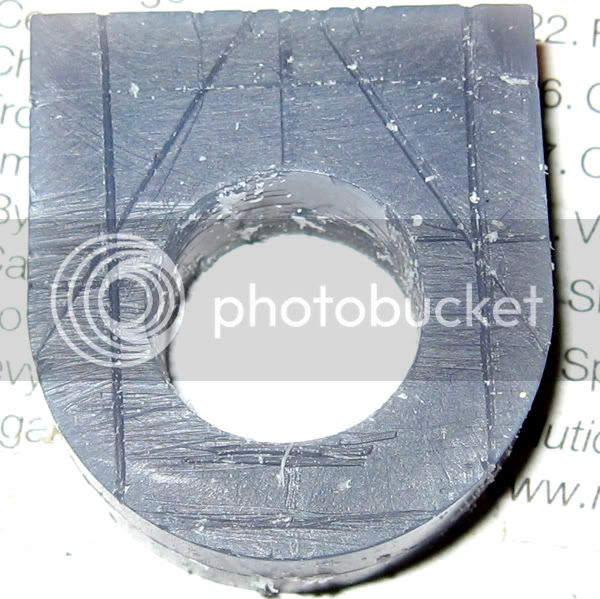 I carefully did a 2D drawing on X and Y axis (ack, I'm actually using some geometry???) 1:1 scale and, when I was finally satisfied with symmetry and size I started transferring the axis marks onto the ring wax form I would carve. I felt like a drafter doing this as I hardly ever actually plan/draw anything out before attacking the jewellery creating process. The hardest part was as I started filing away the parts I didn't want, I still had to re-draw my axis markings as I went to ensure symmetry was maintained. 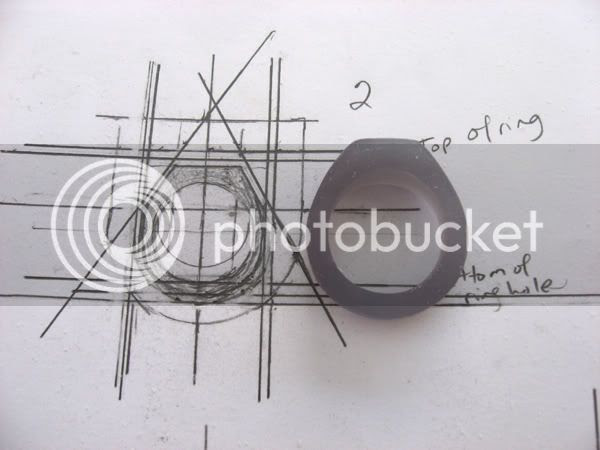 happy with the shape. Using silver working knowledge I filed the wax like I would preparing for final polish - start with the very rough and work down to the finest sand grit. I had to jump down to the workshop downstairs and "borrow" files from the DH (usually forgetting to return them!). I was pretty happy with the end result on both rings. It is a little creepy to see my first major attempt at creating sculpture of any sort actually emerge from the blob of wax! 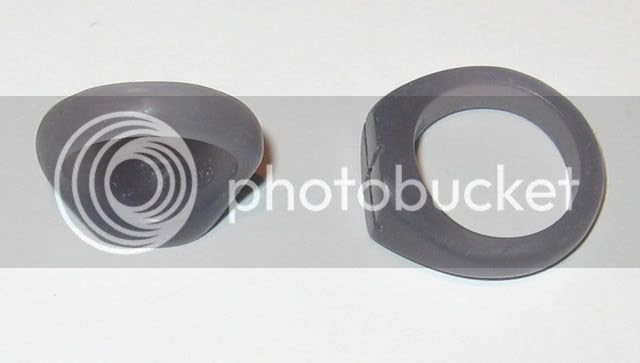 ring top. After consulting with the engraver I had found to do the final letters and then with Chem Gold who would do the wax casting, I decided it was easier for me to put the lines down into the wax rather than sterling silver or pay for the engraver to do it for me. That took quite a bit of doing to get the channels smooth as I did not have needle files yet, only a wax scalpel pack.

When the sterling silver rings came back to me I was thrilled. I could see every file mark I had left, every little scratch and dent that had been on my wax moulds. And the cross channels were 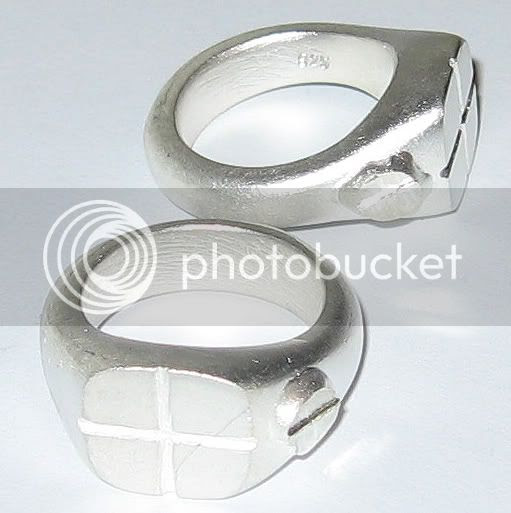 beautiful! This may seem like complaining but it's astounding how exact the lost wax casting technique is transferring detail from the wax to the final product. Any future ring I will definitely spend more time sanding the wax mould to a high shine! The rings had burrs I needed to file off but they were splendid - I had not known what to expect and was very pleased to say the least. I had to work on the ring insides to get the size right (I had worried about the shrinkage and kept the rings thicker than necessary to compensate) so again borrowed the DH's half round file for quite some time to resize the rings.

In the end, the rings were identical but with being hand made had enough uniqueness from the other to make them individual. The engraver I found in Chatswood, Roy from Prestige Shoe repair in Westfield Shopping Centre, did an amazing FREEHAND job of the letters and my client was very happy with the results. 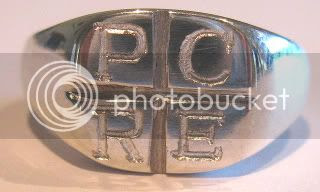 A cool side note, I was grocery shopping one day and at the checkout stand (one of 8 I could have chosen to go through) this ring was ringing my sale through his register! (Yes, I tend to associate people with their jewellery!) It felt really weird and I blurted out that I had made that ring - turned out it was the older son who had just celebrated his 18th birthday! What a small world we live in.
Posted by Unknown at 2:05 AM 3 comments: